I know I've been looking forward to this TV series since I heard about it earlier this year.

Swamp Thing was one of my original comic book super hero favorites and I didn't even know he was a comic book hero or property of DC comics! Long story short I grew up preferring marvel to DC. Even though Keaton's Batman or should I say Burton's depiction of was/is still top 5 all time of comic book movie adaptations.

Anyway the show premieres October 6th, so you still have time to check it out before it's on screen. It's on the DC superhero show channel (of course) the CW. And I've been watching a few of their shows The Flash (strongly recommend watching only the first season for some deep feels) it's kind of a Trainwreck in progress now but I watch on. Hopefully they don't fuck up Swamp Thing too bad, but being a lesser known/popular character means that not alot of his mythology is well known, so they can really run with his story.

The movie was awesome back when I was 12. Wes Craven directed and was a terrible movie overall. The irony it was good enough to merit a sequel but Wes never touched the property again and the actual sequel was another disaster. It was so bad it made Toxic Avenger awesome!

First time I saw that and yay he's got his vines ability.

This should be at least a solid first season. The CW is good for that. And this is a deviation from their tv formula of the youth are the heroes to a show with adults and kids. The little girl verifies Swamp Thing is not a monster but of course looking like one he's gonna perceives as one I'm sure.

The 100 was a perfect example of a TV show that was shamelessly pandering to a target audience. I don't see that from the promos of this show.
Last edited: Sep 25, 2020

Well now I'm finding it's a re-airing of a digital series that was 10 episodes and canceled after the first season. Then the rights were sold to CW and now they will be airing a *R rated originally* show on a pc... I mean PG channel. And I hear that there's a chance it gets picked up for a second CW season if it finds an audience. 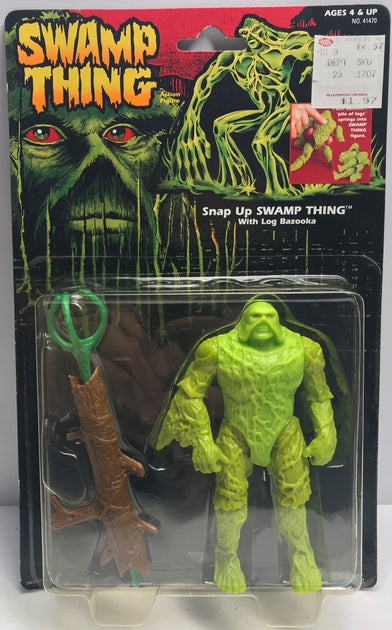 Welcome To The Angry Spider Vintage Toys & Collectibles Store Visit TheAngrySpider and new members can save 20% by using: Discount Code: TASThankYou This item is NOT in Mint Condition and is in no way being described as Mint or even Near Mint. Our toys have not always lead the perfect life...

I had that toy.

I'm gonna have to get the original season 1 on DVD to see what all will be cut for this PG version of the first season. I'm still hopeful the CW comic book fans can force a second season by popular demand.

Ugh damn cgi cheap option to jus make the image so dark you can't really see any special effects. Thanks Micheal Bay for starting it with Transformers.

I'm missing Cosmos season 2 for this... which is on FOX if your interested in that. I missed the better part of half last week's episode but what I did see was awesome.

Well it's clear more people need to watch the CW PG broadcast of Swamp Thing and it very well could get a second season.

I've only seen 2 episodes but so far it's been as good as Netflix's Daredevil. I'll be buying a DVD set of this season whenever I can squeeze 20 dollars together. 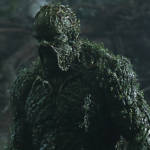