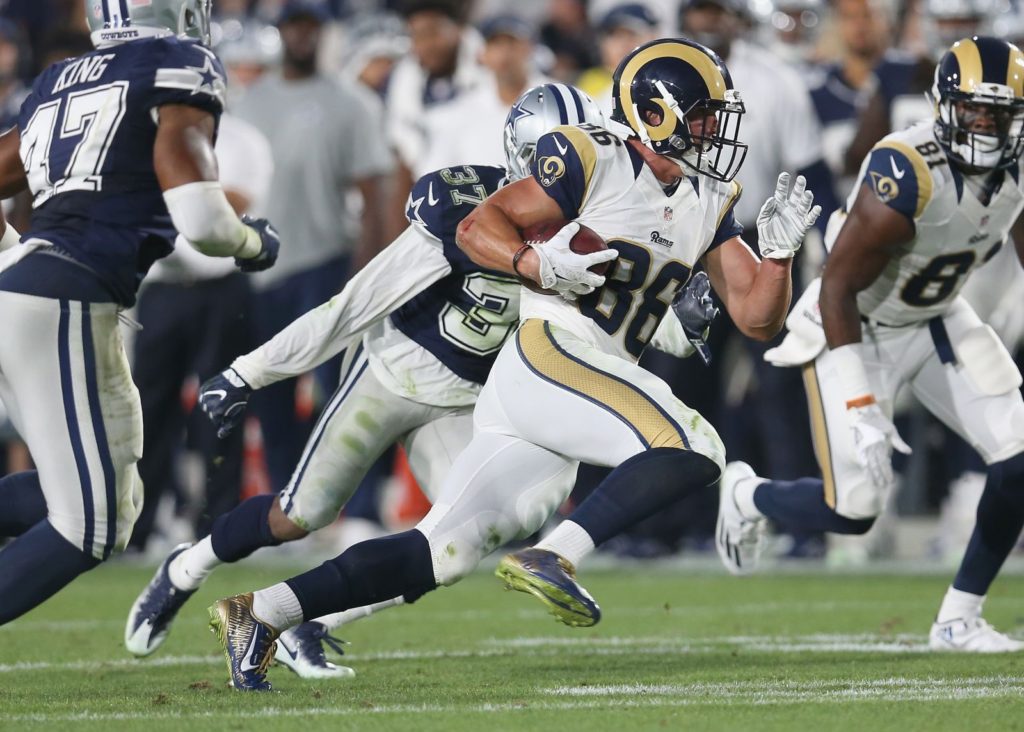 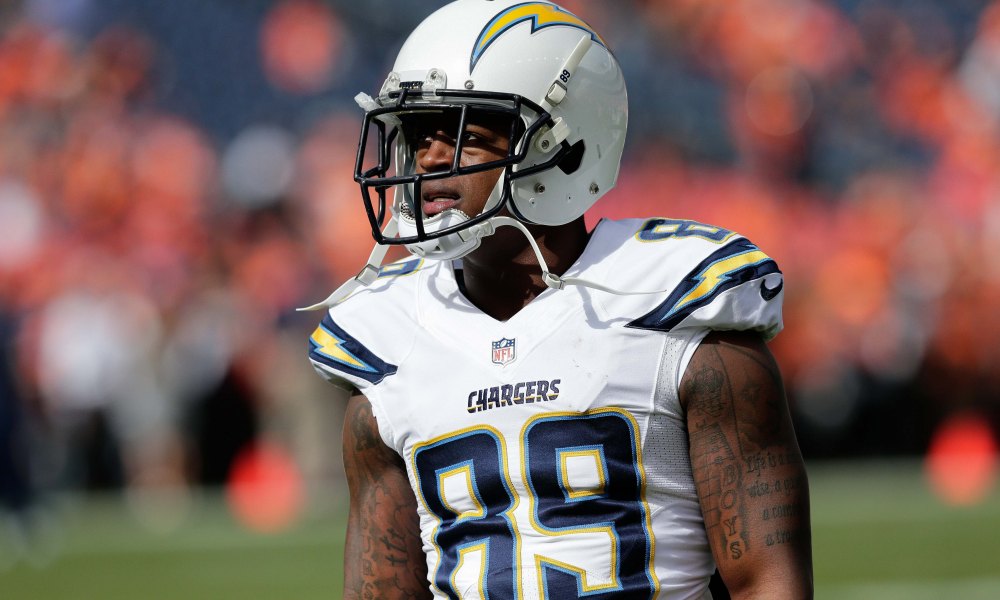 (Isiah Burse) Mandatory Credit: Isaiah J. Downing-USA TODAY Sports
Our complete position by position breakdown of the San Diego Fleet’s roster continues with an examination of the team’s wide receivers. The Fleet currently have 12 wide receivers on their posted roster, but that number will be trimmed down to approximately five to six on the official 50 man roster come opening day.

Of all the skilled positions, wide receiver is easily the Fleet’s weakest at the current moment. The team does not have a single player on its’ roster that has caught a pass in an official NFL game, and with no professional experience, there is a real possibility that those catching passes from Josh Johnson, or whoever is under center, will struggle at times. Despite these uncertainties, there is some raw talent currently on the roster that could turn some heads in 2019.

With no real NFL statistics to look over, observing each player’s college stats is the only way to go. Former Colorado wide receiver Nelson Spruce has, arguably, the most impressive numbers on this list. In his four-year career at Colorado, Spruce caught 294 passes for 3,347 yards and 23 touchdowns. He posted two 1,000+ receiving seasons and dominated as a junior, catching 106 passes for 1,198 yards and 12 touchdowns in 12 games. While he was at Colorado, Spruce broke or tied 43 school or conference records.

Spruce was signed by the Los Angeles Rams after going undrafted in the 2016 draft. While he did spend some time on the team’s 53 man roster, Spruce was never actually active for a game and would eventually be placed on injured reserve with a calf injury. Despite impressing in practice and preseason action, Spruce was buried on a depth chart that could be considered as one of the current best in the NFL. He was released by the Rams in 2017 and has spent time with the Bears, Chiefs, and Charges despite never appearing in an actual NFL game.

His collegiate success opens up the opportunity for Spruce to have a solid 2019 with the Fleet. Spruce’s collegiate reception totals show that he has solid hands and may quickly become Josh Johnson’s favorite target. It’s very likely that, come February 9th, Spruce is a starter for the Fleet and could be listed at the very top of the depth chart. A healthy, and strong, 2019 campaign could open up the opportunity for Spruce to finally make his NFL debut.

Another interesting potential starter for the Fleet is Murray State’s, Jordan Gandy. In 40 career games at Murray State, Gandy caught 135 passes for 2,065 yards and 23 touchdowns. He was particularly impressive during his junior and senior seasons, where he led the team in receptions, receiving yards, and touchdowns while being selected to the OVC first-team twice. 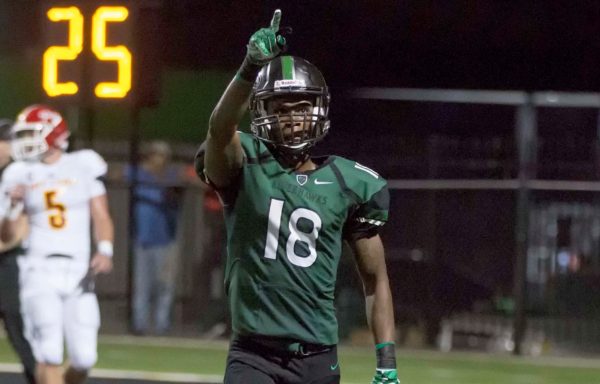 (Gary McKnight Jr.) Credit: Northeastern State University Athletics
Gandy went undrafted in the 2018 NFL draft but was quickly picked up by the Philadelphia Eagles. Unfortunately for him, Gandy failed to make their 53-man roster and will instead be playing for the Fleet in 2019 hoping to grab the attention of some NFL teams. Behind Spruce, Gandy has the most impressive collegiate track record on this roster and, if he stays healthy, should have no problem making this team’s roster.

Of each receiver that will be, or has already been, talked about in this article, there is not a single one with more potential than Gary McKnight Jr. Transferring into Northeastern State from a junior college, McKnight Jr. was a starter in both of his seasons with the Riverhawks. In these two seasons, McKnight Jr. caught 90 passes for 1,846 yards and 21 touchdowns and earning second-team All-MIAA honors in both of these seasons.

He, like all of these receivers, went undrafted in the 2017 draft and was invited to the Baltimore Ravens minicamp where he would eventually get cut. Despite not being talked about much, Gary McKnight Jr. is the definition of an athletic freak. His size (6’2″), blazing speed (4.4 40-yard dash), and pure athletic ability (36″ vertical) make for a lethal deep threat weapon that just blows by defenders with ease. He should be the team’s go to outside weapon, barring injury, and could have NFL scouts salivating at the mouth simply because of his pure athleticism. Keep your eyes opened for Gary McKnight Jr. and the impact he could have with the Fleet in 2019.

Next up on the list is former Fresno State wide receiver, Isaiah Burse. Burse played in every game for Fresno State from 2010-2013 and is the oldest wide receiver currently on the roster. During his collegiate career, Burse caught 210 passes for 2,503 yards and 15 touchdowns. He also did some work on the ground, running the ball 32 times for 191 yards and four touchdowns. Burse gradually improved each year at Fresno State and would catch 100 passes and exceed the 1,000 receiving yard mark in his senior season.

After going undrafted in the 2014 NFL draft, Burse was picked up by the Denver Broncos and has also spent time with the Pittsburgh Steelers and Los Angeles Chargers. Burse has appeared in an NFL game before, but only as a return man and has never recorded an official NFL reception. His experience alone should solidify him a spot on this roster and he very well could be the team’s fourth listed receiver come February 9th.

Continuing this ongoing trend of small school prospects is Cal Poly’s, Kyle Lewis. Easily the most versatile player at the wide receiver position, Lewis played both running back and receiver in college while also acting as the team’s primary return man. During his time at Cal Poly, Lewis caught 61 passes for 1,079 yards and 12 touchdowns. He also ran the ball 150 times for 1,163 yards and 13 touchdowns. 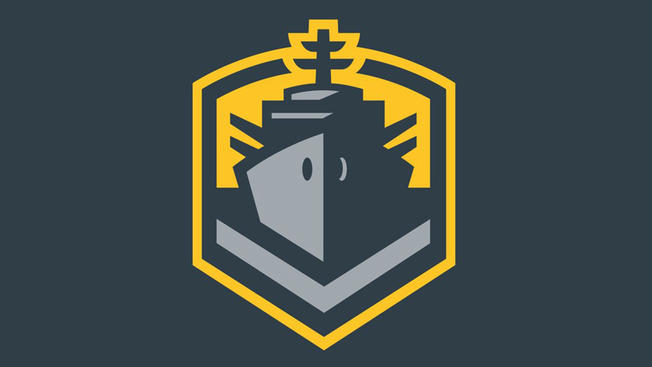 Credit: Fleet
After going undrafted, Lewis signed with the Detroit Lions just two days after the 2018 draft concluded. He was waived by the Lions and picked up by the Green Bay Packers but was apart of the Packers’ final roster cuts and has not spent time with an NFL team since then.

Lewis has appeal simply because of his versatility and the fact that his rushing and receiving numbers at the college level are almost equal. Head Coach Mike Martz and Offensive Coordinator John Kitna may be able to fit Lewis into some offensive packages and he may even see some snaps at running back. It is more likely, however, that Lewis acts as the team’s primary return man like most fifth or sixth string wide receivers do. Fortunately for him, his spot on this team should be secure because of his versatility.

If the Fleet does choose to hold onto six wide receivers, there are a plethora of players that will be fighting for this spot. As of now, with what they have on their roster, Wayne Capers Jr. is my pick to make the final cut. The son of former Pittsburgh Steeler Wayne Caper and a converted defensive back, Capers Jr. is also an incredibly intriguing prospect. Primarily used as a deep threat, Capers Jr. was very productive for Duquesne in 2015 and 2016. In those two years, Capers Jr. caught 102 passes for 1,763 yards and 18 touchdowns. As a senior, he averaged almost 20 yards per catch and served as the team’s primary outside threat.

Despite his success at a relatively new position, Capers Jr. has never really found himself on an NFL roster. He has the talent and ball skills to be a serious deep threat for the Fleet and could find himself in that role behind Gary McKnight Jr. In all honesty, I believe that he is just a better overall receiver than the rest of the players battling for this sixth spot. If the Fleet brings someone else in, however, Capers Jr. is probably the first receiver to be waived from the team. 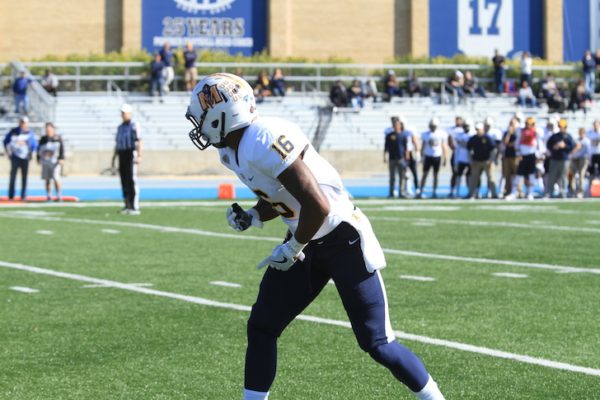 (Jordan Gandy) Credit: Hero Sports
With those six players occupying the six receiver spots, in my opinion, that leaves six other players that will not be on the official 50-man roster for the 2019 season. The three players that were on the bubble, meaning they could have been the sixth receiver on the team, were LaQuvionte Gonzalez, Darreus Rogers, and Dontez Ford. All of them were signed by NFL teams after going undrafted, but none of them actually impressed enough to stay on an NFL practice squad or roster.

Of the three, Gonzalez fits the mold of this roster the best. With all of their receivers standing at above six foot or taller, Gonzalez and his 5’10” frame would provide a speedster and give the Fleet a slot receiver that they lack right now. It should be him and Capers Jr. battling it out for the sixth spot and I would not be surprised if Gonzalez makes the roster at all.

From the beginning, Francis Owusu, De’Quan Hampton, and Jevon Floyd were not making the final 50-man roster. While there is some talent between the three of them, they just are not proven enough and truthfully not as good as the players currently on the roster.

This positional depth chart was not easy to predict. The opening day starters against the Commodores will be Nelson Spruce, Jordan Gandy, and Gary McKnight Jr. Isaiah Bruce will be listed as the number four receiver, with Kyle Lewis and Wayne Capers Jr. behind him in that order. It should be interesting to see how the position unfolds in 2019 and if it can have success despite not being as strong as the other skilled positions on this team.
You must log in or register to reply here.
Share:
Facebook Twitter Reddit Pinterest Tumblr WhatsApp Email Link
Top Bottom