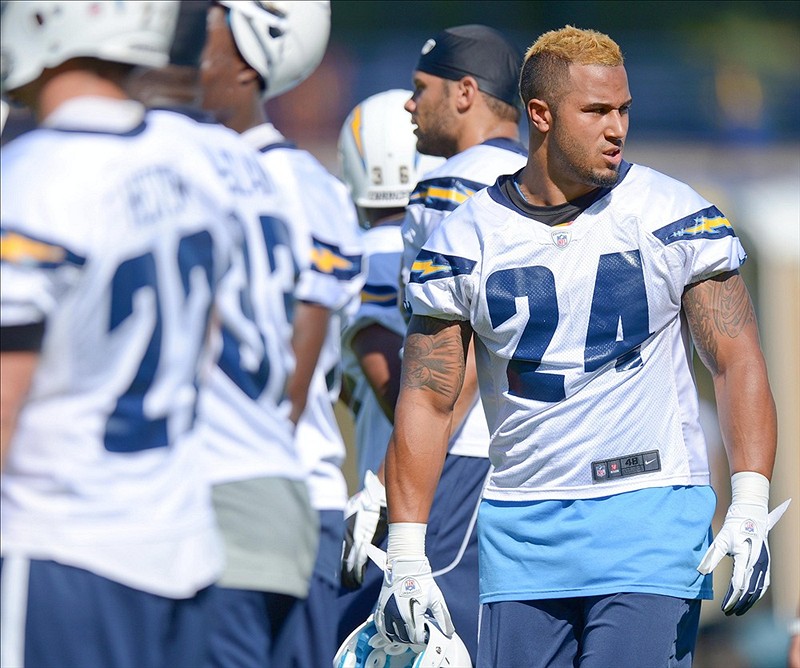 Update Sept. 16 11:34 PT According to ESPN and other media outlets, Mathews will not play today against the Titans.


Update: 2:22 PT Mathews was in full pads for Thursday's practice and was cleared for contact, a good sign that he will play Sunday.


RB Ryan Mathews did not practice Wednesday. He was on the practice field doing individual workouts. He has not been ruled out for Sunday's home opener against Tennessee, however he hasn't been clear either.

Wednesday Coach Norv Turner said Mathews "worked pretty hard" but did not practice. Mathews has not suffered any setbacks after breaking his clavicle in the first preseason game, but he has not been cleared for contact.

At this point the Chargers are not giving an indication if Mathews timetable for a return could be sped up between now and Sunday's home opener. If you had to guess it probably won't and he will return Week 3 vs the Atlanta Falcons. The Chargers didn't run the ball great against Oakland, but Tennessee rightly should be viewed as a winnable game even if Mathews is held out as a precaution.

Seau's jersey to be retired

The Chargers will retire Junior Seau's No. 55 jersey before the game on Sunday. The team still needs to sell a few thousand tickets for avoid a local TV blackout. The deadline is 4:15 Thursday but the team could likely get an extension from the NFL.

The Chargers will feature the all white unis on Sunday, something that Turner said the players like and he hopes the fans too will be excited for as well. The coach himself said he won't go all white, indicating he would be hard to find on the sideline if he did so.

I HOPE he doesn't play. I am scared that hes not QUITE there and will just re injure himself I'd feel better him being out ONE MORE WEEK. AS FOR ALL WHITE UNIS I could give a rat's butt. JUST WIN BOLTS, JUST WIN.
You must log in or register to reply here.
Share:
Facebook Twitter Reddit Pinterest Tumblr WhatsApp Email Link
Top Bottom