That had to be the greatest homerun that i have ever seen........what an ending to that game....if that doesn't swing the momentum then nothing will
Reactions: Thread_Killer
B

Well I have to admit I didn't see anything in that game until Pujols stepped to the plate. I have got to be the luckiest guy on the planet. I should play the Lotto tonight.

I just finished a siganture for ChargerRay when my wife came in and said, ..."you can have the TV." So i plopped down on the couch to watch the game. I saw 1 pitch to Pujols and BAM-A-LA-BAM The ball disappeared into the Houston sky. That was great i stood up when he first hit it and yelled, "GET OUT, GET OUT!!" And the ball dropped onto the railroad tracks.

That was one of the greatest clutch home runs I have ever seen. Tony LaRussa called him the Great PUJOLS. Well one thing is for sure, it was awesome.

For those of you who missed it.... 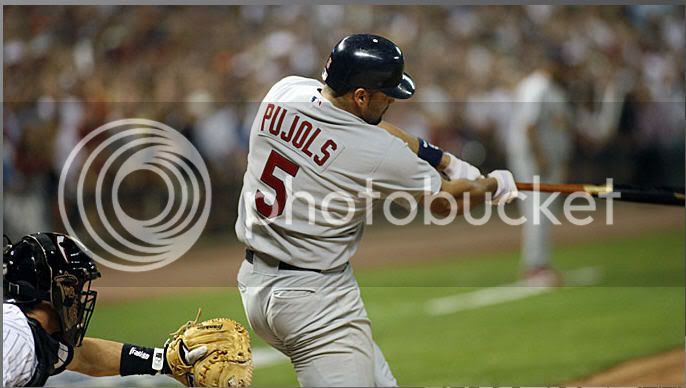 If the roof had been retracted the ball would have been clear out of the ballpark.