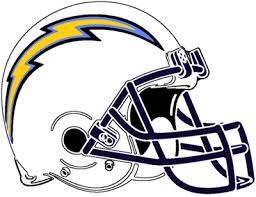 I hope that Seyi Ajirotutu gets thrown to a lot in todays game. I really want to see what he's got.
M

Guys I will be focusing on...

DOWN WITH THE COWS!!!
Reactions: VikingBolt


Ride The Lightning said:
NO INJURIES!!!

Is this game televised anywhere?

I bleed blue and gold


CoronaDoug said:
Is this game televised anywhere?
Click to expand...

Yeah, it fully sold out.

I'm most looking forward to seeing:

Dombrowski/Green
Cam Thomas
All WRs. Replacing Vjax is not a one man operation.
Stuckey
Mathews, not to look at how he's coming along, but because he might be the most electric player in the league this year.

The game is on the local San Diego CBS affilliate, KFMB-TV channel 8 and will be on the NFL Network sometime on Sunday afternoon.

Jersey on, and ready to hop into the car to head down to the Stadium. The Cowboys are playing their third pre-season game so the starters might play longer...let's see how well our guys can get to Romo.

I also want to get a good, long look at the guys in the battles for the last few roster spots (especially Left Tackle and WR). I won't get to see them in person again until week 2 of the season.

Man, there is gonna be so many b1tch ass Cowgirl fans there...not looking forward to it


Ride The Lightning said:
Man, there is gonna be so many b1tch ass Cowgirl fans there...not looking forward to it
Click to expand...

I have to go, gatdamn season ticket holder scam

Link to watching the game:
http://www.justin.tv/sportscasthq63

I bleed blue and gold

Thanks. I was looking for the Steelers/Giants game.


Aggieman said:
Thanks. I was looking for the Steelers/Giants game.
Click to expand...

I hope I can get the game. I know the Bolt's could play perfect and it wouldn't be good enough in here.
M


HEXEDBOLT said:
I hope I can get the game. I know the Bolt's could play perfect and it wouldn't be good enough in here.
Click to expand...

It just wouldn't mean much. Pre-season ya know.:icon_shrug:

Thanks for the stream link. Hopefully it holds up. But... right now it's showing Jets/Panthers so we might have to search out a new one.

Sproles and Rivers hook up for a quick 24 yard pass.

Floyd goes up and pulls down the pass. Rivers getting good protection early.

Matthews has some burst. Nice to see a RB hitting the holes with speed.

Not a good start.

Cmon rivers, get your head in the game

Wow! See what a pass rush can produce? What a novel concept!
M

Weddle and Phillips combine to give the ball back to the bolts.