Is Vince McMahon trying to covertly buy his own bankrupt XFL? 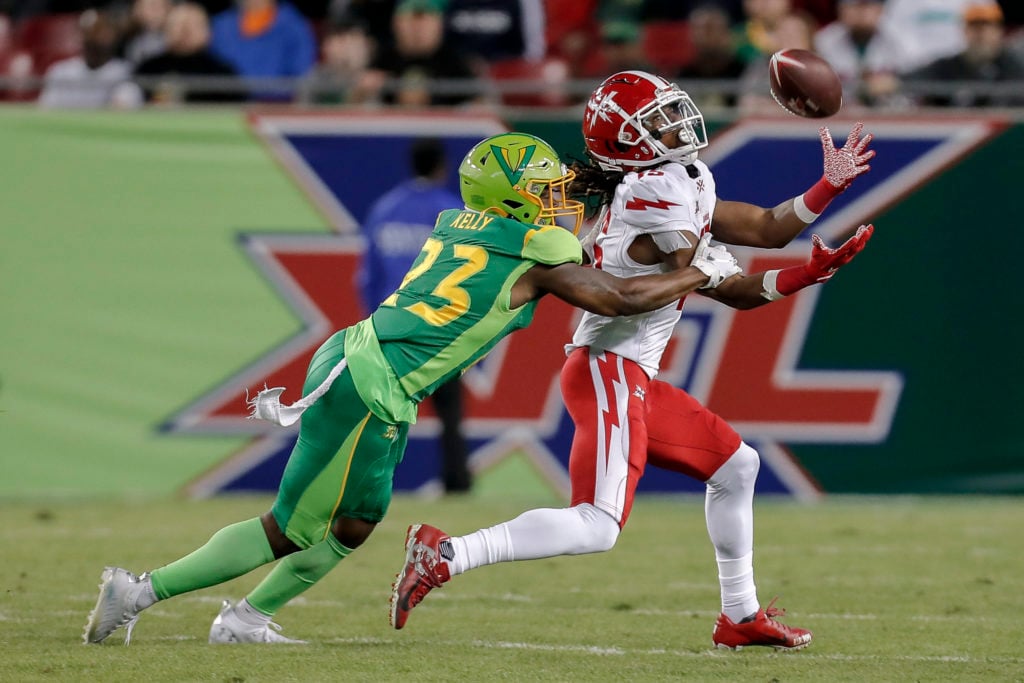 Is Vince McMahon trying to covertly buy his own bankrupt...

One former team official believes the bankruptcy filing was a finance ploy by McMahon to ride out the pandemic.

Is Vince McMahon trying to buy his own XFL out of Delaware bankruptcy court? The XFL’s creditors seem to think so, and sources said XFL president Jeffrey Pollack has called venues in St. Louis and Seattle about reinstating the lease agreements.
The XFL, 80 percent owned by McMahon through Alpha Entertainment and 20 percent by his WWE empire, launched Feb. 7 and lasted five weeks before shutting down because of the COVID-19 pandemic. The league shut down for good April 10 and filed for Chapter 11 bankruptcy three days later.
But was that just a cutthroat finance ploy by McMahon to ride out the pandemic and resultant economic turmoil without paying the costs of operating the league? That’s what was asked by one former team official, who passed on the tips about Seattle and St. Louis. A representative for Visit St. Louis, which oversees the Dome at America’s Center where the BattleHawks played, confirmed Pollack had reached out about the lease.
When asked about the possibility McMahon may have filed for Chapter 11 protection to restart the league, a spokesman hired by the XFL wrote in an email, “The response to this filing will speak for itself.”
But a committee of unsecured creditors had plenty to say Tuesday in a series of court filings. Objecting to Alpha Entertainment’s proposal to pay $3.5 million in season ticket refunds, the committee wrote, “This is an unnecessary expenditure designed to buttress the Debtor’s argument that an abbreviated sales process is required and is being sought to further the efforts of the debtor’s controlling equity holder/secured lender, Vincent McMahon (“McMahon”), to acquire the debtor at a fire-sale price. … The debtor cannot possibly know at this time whether issuing refunds to season ticket holders will preserve the value of the debtor estate’s or benefit any creditor, other than possibly McMahon.”
In other words, the only reason to pay season ticket holders for games they didn’t get would be to ensure goodwill to McMahon for if and when he returns with the XFL. The season ticket holders are unsecured creditors, so the chances they get paid in an orderly liquidation would be remote.
The committee also questioned why XFL headquarters is still open and executives like Pollack are drawing salaries.
“Any cash constraints on the debtor are solely the result of unnecessary and unwarranted expenditures by the debtor designed to placate the desires of McMahon, such as the payment … in ticket refunds to unsecured creditors by an estate that allegedly may become administratively insolvent; retention of the debtor’s headquarters in Stamford, Conn., which is across the street from the (headquarters) of McMahon’s principal asset, World Wrestling Entertainment, Inc. (“WWE”); employees in that locale drawing excessive compensation rates who are not needed for an enterprise that has shut down; and a bloated cost-sharing arrangement with the WWE that has yet to be explained for unspecified finance and accounting services,” the committee wrote. “The … bid procedures are designed to ensure that McMahon can acquire the debtor at a fire-sale price with third parties having little or no meaningful opportunity to do the diligence required to ensure a fair process.”
Unlike the bankrupt Alliance of American Football, the XFL arguably has intriguing intellectual property assets. The XFL spent over a year developing new rules, many of which, like the kickoff and punt, were so well received some asked if the NFL should adopt them. Even the ball was unique to the XFL.
And in certain markets, like St. Louis and Seattle, the crowds were thick and fan passion evident, a remarkable feat for a nascent league. The teams in markets like New York and Tampa, Fla., struggled (and there was talk of relocating those teams), but many XFL markets fared well.
When the XFL shut down, it had more than 400 employees, including players, many highly paid. Dallas head coach Bob Stoops had a two-year, $2 million contract, and team presidents were earning an annual salary in the mid-six figures.
The employees’ only redress is filing claims in bankruptcy court, other than former commissioner Oliver Luck. Because McMahon guaranteed Luck’s pay, he is suing McMahon for $23.8 million in federal court.
You must log in or register to reply here.
Share:
Facebook Twitter Reddit Pinterest Tumblr WhatsApp Email Link
Top Bottom