Heartbroken by finals loss, Legion rugby gets rematch in opener vs. Seattle

Home opener is this Sunday. 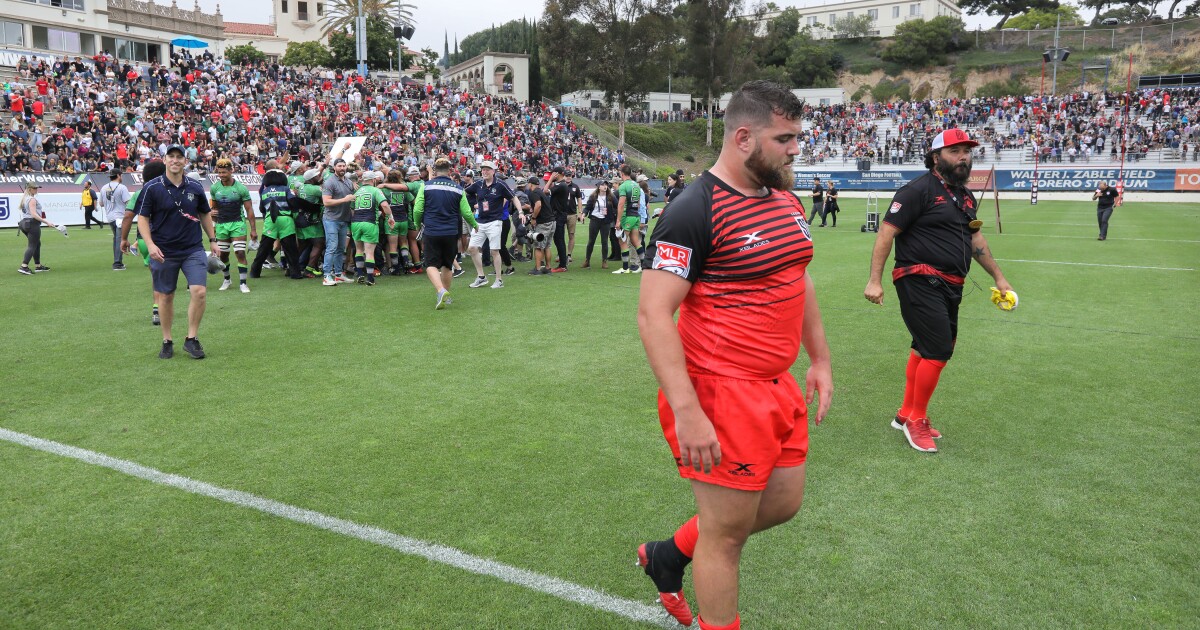 Heartbroken by finals loss, Legion rugby gets rematch in opener vs. Seattle

On Father’s Day 2019, in front of a packed and raucous home crowd at Torero Stadium, the San Diego Legion of Major League Rugby was on the verge of bringing the city a rare professional sports victory.

The Legion’s Joe Pietersen booted a kick through the uprights to give the Legion a 23-19 lead with three minutes remaining. Then the defending champion Seattle Seawolves marched down the field, and in extra time, scored the winning try to prevail 26-23.

If at any point the Legion had knocked the ball loose and regained possession, they would have been hoisting a trophy in their second season of existence.

“I’m sure anyone who was down on that pitch would have seen it in the eyes of our players and staff,” said Legion head coach Rob Hoadley, the 2019 MLR Coach of the Year. “It was very, very tough, and the guys were very emotional at the end. They’re still emotional when we watch the match.

“A lot of men in our group have vowed to do everything in their power to not let it happen again.”

It’s never too early for a chance at redemption, and MLR wisely and dramatically put the teams right back against each other, at Torero, for the season opener at 2 p.m. on Sunday.

San Diego finished atop last season’s regular-season standings at 12-3-1 and topped the league with a point differential of plus-161. The Legion twice beat Seattle, which finished second at 11-4-1.

Neither team rested on its success in the offseason.

Burton, 25, a former member of Australia’s under-20 national squad, will take over for the 35-year-old Pietersen at the busy and physical No. 10 spot. Pietersen will play farther wide at No. 15.

“(Pietersen) is happy with that because he doesn’t have to tackle as much,” Hoadley said, smiling. “He said that was part of his contract this year; otherwise, we’d have to fork out for a helmet.”

Among the key returners is JP du Plessis, named MLR’s Back of the Year.

Gone is popular Australian prop Paddy Ryan, the league’s Forward of the Year. Hoadley said Ryan returned to play in Japan, from where he joined the Legion. Don’t be surprised if he returns in the future.

“He’s San Diego through-and-through now,” Hoadley said. “He’s a Legion forever, and we’re hoping to welcome him back as soon as we can.”

Having started with seven teams in 2018, MLR is now at 12 with the addition this season of New England, Washington, D.C., and Atlanta. The league is splitting into West and East Conferences of six teams each. The regular season is 16 matches, with the top three from each conference making the playoffs.