Goodbye to the San Diego Chargers, a team I used to love 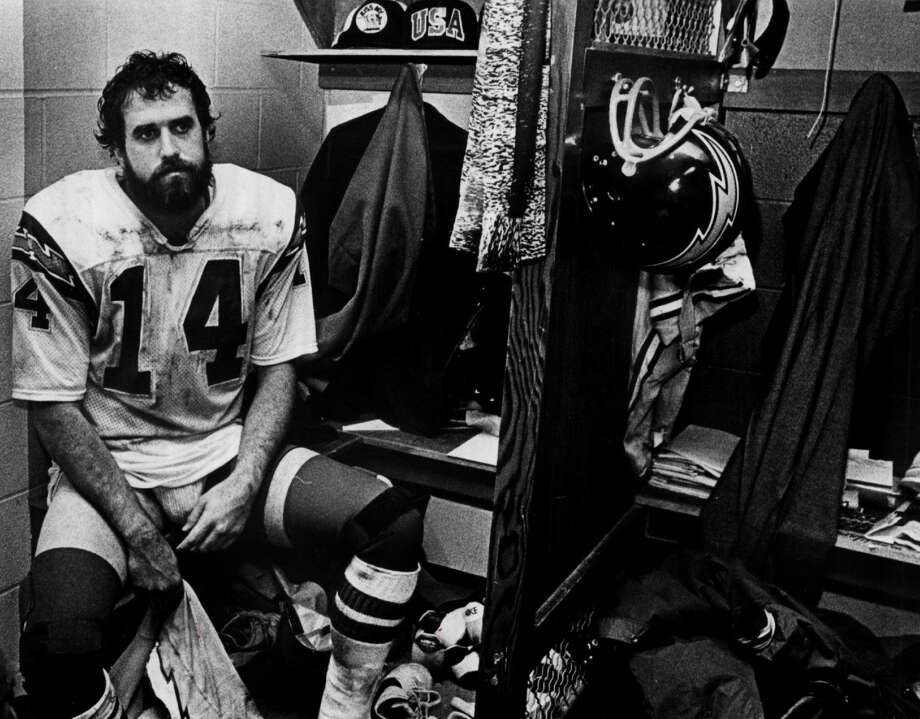 I have one piece of sports memorabilia in my home. It's a signed football I received from my mom for Christmas in 1991. I was 11. It was more than two years removed from my father's death and one year removed from our family of four uprooting from our native Southern California and moving to Denver to be closer to other family.

I was born in San Diego in 1980, at the start of the glorious "Air Coryell" era for the Chargers. My mom tells stories of me jumping in front of the television as a toddler, believing every team to be the Bolts and every player to be running back Chuck Muncie, but I don't know if I thought deeply about my allegiances before relocating to the Rockies. That changed in my first week at my new school, when classmates asked me if I was going to root for the Broncos.

"No," I recall saying, somewhat bewildered by the question. "I'm from San Diego. I'm a Charger fan."

My peers (perhaps rightly) derided me for my blind loyalty, but something about standing up for what seemed to me to be a foregone conclusion turned that decision into a pillar of my identity. By the time that Christmas morning rolled around in 1991, being a Chargers fan was one of the things I felt certain of. It was with such certainty that I opened up a medium-sized box to reveal an official NFL game ball signed by former San Diego quarterback Dan Fouts, my boyhood hero.

Apparently my mother had called the Chargers' team headquarters to ask if they could procure a Fouts-signed football for me for Christmas, and as luck would have it, the soon-to-be Hall of Famer was actually in the building by coincidence. When my Uncle Dave went to pick up the football from the front desk, the receptionist told him Fouts had originally signed the ball with a black Sharpie, but went out to his car to write over it with a gold one because he thought it just didn't look right.

You can still see the two colors on the ball today:

The truth of the matter is those Chargers left me -- and most of their fans -- a long, long time ago. They just made it official on Thursday.

The Chargers declared their intentions to move to Los Angeles after 56 years in San Diego, making them the longest-tenured NFL team ever to relocate if the move goes through. And while we could debate whether or not the Spanos family, owners of the team since 1984, actually ever wanted to keep the Chargers in San Diego, I just don't have the energy to delve into that at the moment.

I will, however, give you a taste of what it feels like to be abandoned by your team, though I recognize Sonics fans likely require a trigger warning at this point.

Growing up a diehard fan in a rival city was tough. This was before the internet and the days when you could watch your team play every week, so as a youngster I would scan the TV Guide to see if the Bolts were going to play -- and likely lose -- on local Denver television.

I insisted on going into every single sports memorabilia shop I saw, whether in Colorado or on vacation in say, Miami, to look for a new hat or T-shirt, even though the only Chargers items most stores carried had long since been relegated to the clearance rack. I remember my brother Jon and me getting Chargers Starter jackets for Christmas another year, then having a drunk Broncos fan spill a beer all over mine before a game at Mile High Stadium. I think I was 12.

When the Chargers made their Cinderella run to the Super Bowl during the 1994 season, Uncle Dave sent me VHS copies of each game recorded from television so I could watch each game from the magical campaign. It was the only way I could have.

My mom surprised my brother and me with two tickets to San Diego so we could watch the game with Uncle Dave and his family, and after we looked on in horror as the the Bolts lost Super Bowl XXIX to the San Francisco 49ers in humiliating fashion, we were part of the reported 150,000 fans who crammed the streets of San Diego to welcome the team home despite the defeat. My brother even kept an empty potato chip bag thrown from a window by backup linebacker Steve Hendrickson during the parade.

I was too young to appreciate Air Coryell, so that 1994 team, and perhaps the team's rise with LaDainian Tomlinson and Co. in the mid 2000s, represented the happiest moments of my Chargers fandom. There was so much more heartache. The Ryan Leaf-fueled 1-15 season of 2000 was tough, as were Nate Kaeding's three missed field goals in the divisional round of the 2009 playoffs following a 13-3 season. But the deaths of eight members of the '94 team, the most recent of which was Junior Seau's on May 2, 2012, hurt worse.

Junior (we never used his last name in my house) was a local hero in San Diego, having grown up just up the coast in Oceanside. After a Hall-of-Fame playing career, Junior, like my dad, suffered from depression, with Seau's stemming from concussion-related brain damage he sustained during his playing career. Like my dad, Junior took his own life, leaving broken hearts and unanswerable questions in his wake.

Apologies for the melodramatic turn, but Seau's death felt like a personal loss. And the team's impending move, news of which was broken Wednesday night by ESPN's Adam Schefter, also seems personal.

This happened to Seahawks fans, you may recall, when then-owner Ken Behring attempted to move them to Los Angeles, going so far as to relocate the team's operations to Anaheim in 1996 before being rebuffed by the NFL and eventually selling to Paul Allen a year later.

Can Allen buy the Bolts, too?

Chargers owner Dean Spanos will tell anyone who's listening that he exhausted every opportunity to stay in San Diego, but as Lee Jenkins wrote in a piece last year -- the last time the team seemed on the brink of moving -- the franchise never submitted a formal proposal or financing plan to the city in the 15 years it searched in vain for a new stadium.

From conversations with people who would know, I've gathered that Spanos and the Chargers very much wanted to stay in the city they called home for more than half a century -- as long as it was on their own terms. Any refusal from officials to immediately assent to the team's demands was interpreted as the city refusing to play ball, and there are many who believe Spanos and the Chargers haven't negotiated in good faith in years.

Since transitioning into my career as a sports writer in 2012, my Chargers fandom has waned, primarily from a desire to be objective in my reporting, I suppose. But I still keep an eye on the team, unable to completely shake off my long-held allegiance. (The Muncie and Stan Humphries jerseys in my closet say as much.)

But that only holds true for the San Diego Chargers. If, as expected, they become the Los Angeles Chargers tomorrow or a few weeks from now, I'll keep the Fouts football on my shelf, if only to remind me of something I once loved dearly, now gone.
Reactions: Quetzalcoatl