Chargers will look for consistency against Denver 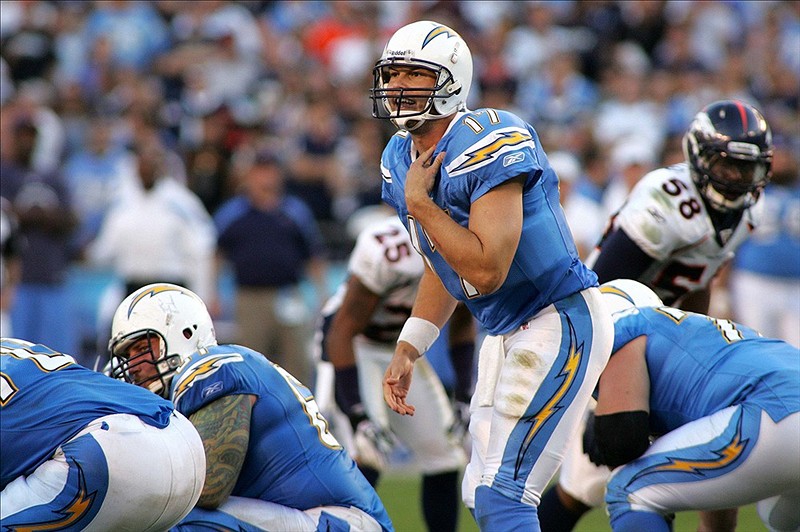 With a key divisional matchup against Denver on the horizon, the Chargers have some issues, namely pass protection, some weakness in pass defense and an offense that can at times go stagnant.

For example, Sunday Night the Saints held the Chargers scoreless for the final 27 minutes. Drew Brees found too many openings.

Despite this, the team does not seem all that concerned. They did not play all that poorly against New Orleans and could just as easily be 4-1 at this point in the season. In fact, Philip Rivers is excited—hopeful, despite a 3-2 record and a loss Sunday Night to New Orleans and a one-game lead over the Denver Broncos in the AFC West.

"We fought, and fought and fought, we didn't get it done. We know at some point we got to win these games, we know that. But I think we can grow so much from it. And Denver is going to come Monday night to get our third division game."

Peyton Manning is not Drew Brees. Not at this point in his career. Brees was able to do heavy work against San Diego's secondary (370 yards and 3TDs). Of course even an aged Peyton is worlds apart from Tim Tebow who the Chargers faced in 2011. San Diego can't allow Manning and Co. to replicate what Brees did Sunday night, Monday Night at Qualcomm.

Manning still has some juice in his right arm. He put up 345 yards and 3 TDs in a loss Sunday night to New England.

Defensively Denver can bring the heat, totaling 14 sacks in five games. Denver is 13th against the pass and 21st against the rush, which should indicate we'll see heavy Ryan Mathews, Jackie Battle and Ronnie Brown.

NBC Sports analyst Cris Collinsworth was able to spot Jared Gaither's injury before the final fumble of Sunday night's loss but Chargers staff in the booth did not. Norv Turner said he was not advised Gaither was injured or obviously Mike Harris would have been inserted into the game.

"He's looking down from up above," Turner said via the Associated Press "It was actually in the third-to-last play he strained his groin a little bit. I would rather have him come out in that situation. He got back in the huddle. Obviously there's no way you could see it. I think Cris saw it on the next play where Philip had to throw the ball away and the last play was the sack. You'd like Jared to come out of the game. We could have put (Mike) Harris in. It would have helped us. I think he wanted to fight through it and felt he could play."