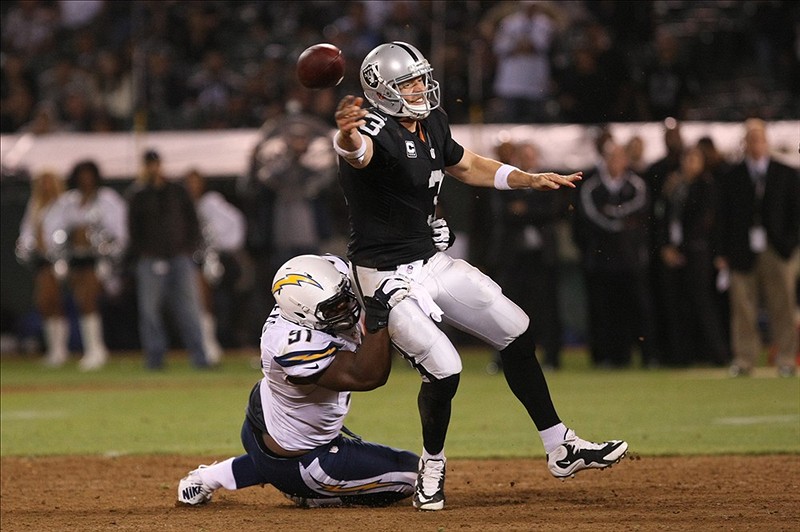 Who needs a good kicker?

Monday night in a 22-14 win over the Raiders in Oakland, a conservative approach yielded an unlikely hero.

Kickers are a maligned, under appreciated group. Thankless work really.

After a year on the sidelines, Nate Kaeding connected on field goals from 19, 23, 28, 41 and 45 yards to support a Chargers offense which scored just one touchdown.

"I continue to say he’s the best field goal kicker I’ve ever been around, and the reason I believe that is the way he kicked the football tonight," head coach Norv Turner said after the game via the Chargers website.

Philip Rivers said after the game there was a certain amount of extra anxiety that went along with the opening game of the season. He seemed to have no problem with the direction of the game plan as the game unfolded. Rivers did not throw an interception and completed 24 of 33 passing at attempts for 231 yards to go along with his second quarter six yard touchdown pass to Malcom Floyd.

"I've always tried to take care of the football and be smart but you have to be able to manage the situation," Rivers told the Associated Press.

The Charger run game was M.I.A.. Curtis Brinkley had 10 carries for 12 yards. In total the Chargers ran the ball 20 times for 32 yards.

"The situation today was our defense was playing good, our special teams is getting the ball," Rivers said.

"If you go back since I've been playing here and we don't turn the ball over, it's 90-something percent we win. That was the key for the offense tonight."

Besides injuries to Ryan Mathews and Vincent Brown, another factor in the conservative approach, was the offensive line. Rivers was sacked one time, by Raider linebacker Philip Wheeler, but said after the game that "protection was not an issue not one single play."

"Big Mike, he played a hell of a game coming in, to be thrown in the way he was thrown in he played well," linebacker Takeo Spikes said after the game. Spikes received a game ball for his 200th career NFL start.

The Chargers held Raiders running back Darren McFadden 32 yards on 15 carries. But Run DMC did catch 13 passes for 86 yards, out of the backfield. Screen passes to running backs and the like may be a point of weakness future opponents will try to exploit. The Charger secondary prevented Carson Palmer from making very many meaningful plays down the field and without a touchdown for the first 58 minutes of the game.

The Chargers have a short week as they prepare for their home opener Sunday against the Tennessee Titans. 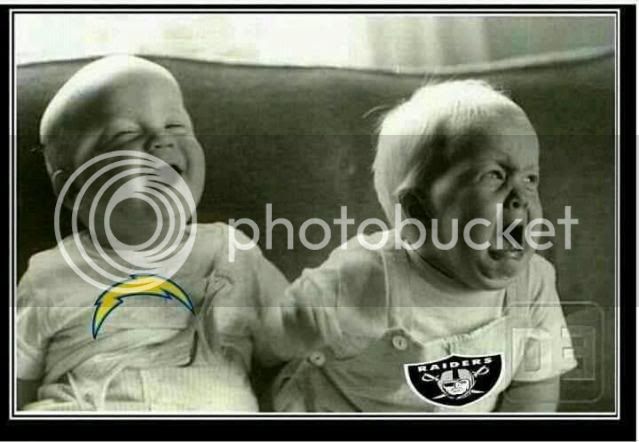