Can You Guys Send a Little Love the Nats' Way?

I know there's a lot of anti-Dodger sentiment 'round these parts...how about helping a brother out and rooting for the Nats in the NLDS?

We have a decent shot. Went 3-4 against them and we weren't even playing all that well at the time...after the first 50 games we were a pitiful 19-31...after that we went 75-38 including last night's win against the Brewers.

One of these years it will be the Pads turn, and I'll gladly reciprocate.

RamAirVA said:
I know there's a lot of anti-Dodger sentiment 'round these parts...how about helping a brother out and rooting for the Nats in the NLDS?

We have a decent shot. Went 3-4 against them and we weren't even playing all that well at the time...after the first 50 games we were a pitiful 19-31...after that we went 75-38 including last night's win against the Brewers.

One of these years it will be the Pads turn, and I'll gladly reciprocate.

I was watching the game early over dinner in a bar full of Dodger fans (In the OC). Felt bad after we fell behind 3-0, but felt as long as we did not fall further behind we would be fine.

I now say Clayton Kershaw is our personal bitch. That ball from Soto was an absolute missile.

Kendrick makes 3 errors, then hits the blast to send us through. Who knew?

I am on Cloud 9, and I think we beat the Cards.

I told my colleagues that the Nats were winning this series and I'm glad I was right! Go Nats! Good luck against the Cards!

It had to be especially sweet for Kendrick, he's a former Dodger!

Honesty I was hoping the mats would lose so the Padres could go after strasburg. His price just went up. Damn it.

Faded Blues said:
Honesty I was hoping the mats would lose so the Padres could go after strasburg. His price just went up. Damn it.
Click to expand...

Would you want Dave Roberts if he gets canned?

TTK said:
Would you want Dave Roberts if he gets canned?
Click to expand...

You didn’t ask me but I would. But I don’t think he’d even consider it as long as Preller is here.
Reactions: TTK

was he at the game again? ha ha ha ha. Probably had his prime seat right behind home plate again I'd imagine. His karma extends far and wide. Dumbass. He literally puts the lose in angeles. 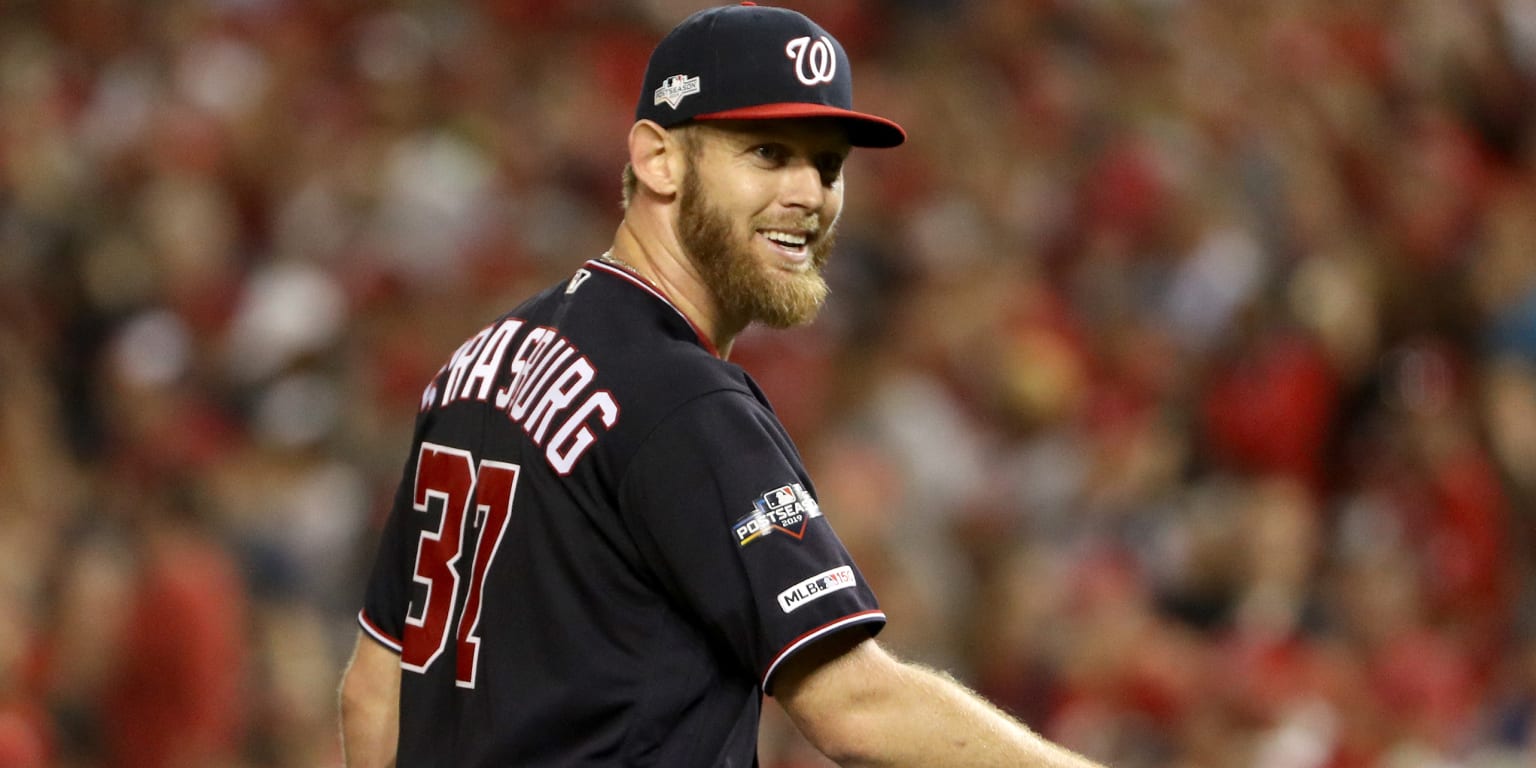 This city had been waiting for this day, the first National League Championship Series game in the history of Nationals Park. October can be so cruel, and some scars are still visible so it makes sense that some approached their belief in this team almost with a bit

I'm looking forward to seeing the Nats advance once again!

The Nats/Expos will soon win their first pennant. I believe that leaves Seattle as the only team to never win a pennant.
Q

I am rooting for Strausburg, the Aztec. However, I got no use for the Nationals now that the Dodgers are out. The Nats were the Montreal Expos until they sold out their fans.

Corbin is starting tonight...hopefully we can lock it down. GO NATS!
Reactions: Lancer 1

Congrats to the Nationals, the 2019 National League Champions! When they went up 3-0, I thought of the 1998 Padres who also went up 3-0 over the Braves in the NLCS – they lost the next 2 games and closed it out in Game 6. After losing Game 4 on a 7th inning grand slam, Bruce Bochy tried to end it in 5 by bringing #1 starter Kevin Brown out in a relief role. He subsequently gave up a home run that gave Atlanta the lead and they added on but when the Padres pulled to within a run with no one out in the 9th, Bobby Cox brought in Greg Maddux who retired the side for his only career save. With the Braves only 1 game behind the Pads in the series, there was concern that Brown would have to start a potential Game 7 and would not be available for Game 1 of the World Series if we advanced but by winning Game 6, we avoided that fate.

The Nats took care of business in dominating fashion, now they await the American League Champions in a series that will go at least 5 games, but likely more. Washington will be well rested and will have their rotation & bullpen all ready to go!

In a further twist of the knife to the Dodgers, Howie Kendrick who eliminated them and batted Washington into the NLCS was named MVP of the series.
Last edited: Oct 16, 2019

First pennant in franchise history, going back to Montreal!
Q

I guess, if the Yankees make the Series, I will tune in to root against them. Otherwise, I will have no rooting interest.

Unlike baseball and football, however, I don't need a rooting interest to watch my new favorite sport - the NBA. Every couple of minutes, somebody does something exciting, and I don't have to worry about whether it counts. The NBA is the most rigged of all the major sports, so I guess I watch it for the same reason rednecks watch rassling.

The starters need no mention in terms of what they did...Corbin, even though he gave up 4 runs, struck out 12 in 5 innings of work. From there, the bullpen -- the Achilles Heel of this team all season -- pitches four shutout innings to lock it down.

One interesting thought/question, was it more the Nats' dominating starters or the Cards' complete lack of offense, or both? The next series will answer that question as both the Astros and Yankees can really rake. I'll take our starting four against either of theirs, Gerrit Cole included.

But I will worry about that stuff later