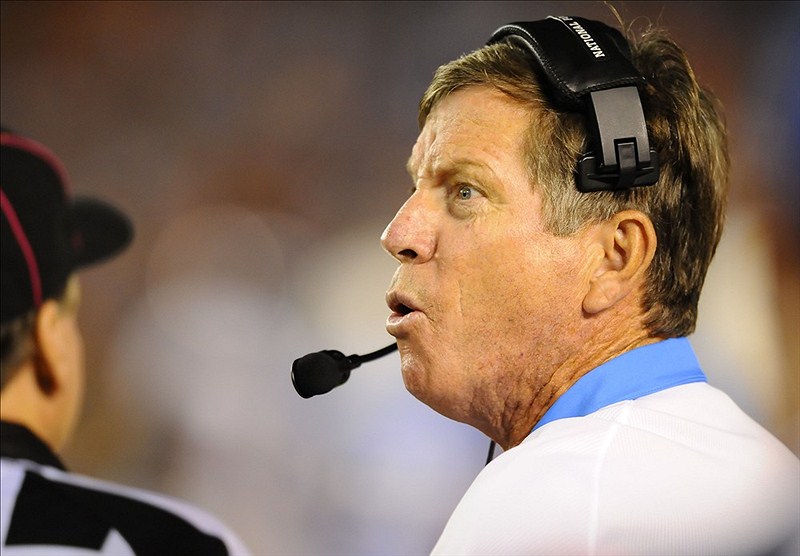 Update: The president of the company which supplied the towels in question logically denies the Chargers violated any NFL rules.

Company President Patrick Dugan said via ESPN: "The Chargers have not done anything wrong and they are far from the only NFL team to use our product."

Update: Turner commented on the investigation as follows:

"Nobody from the San Diego Chargers used stickum in the game Monday night against the Denver Broncos," Norv Turner said via NFL.com.

"Nobody in this organization has used stickum in any game."

"The questions that have been asked by the league involve a towel that has been used by this organization for over 10 years. It's been used by a lot of teams in this league. The towel is used to dry the balls, the gloves the players use and their arms. The league is looking into the towel, and that's about where we're at."

At the moment, the Chargers appear to be a franchise in turmoil.

Just as it was putting back the pieces together after a bad loss to Denver, and the subsequent fall out, now comes news that the NFL will investigate the possible use of an illegal sticky substance in that game.

The NFL is currently investigating.

"We are aware of the inquiry and are cooperating fully with the League."

The ultimate result is that a 3-3 team, which has lost 3 of the last 4, seems to be in turmoil. Rarely does turmoil result in more wins, the playoffs and Super Bowls and all that kind of good stuff. Sticky situations usually result in more losses.

Sticky-gate comes after Bill Johnston, director of public relations for the Chargers, told fans to "Take a chill pill," in an online column last week. That did not turn out well.

Pressure has increased on this team, this management staff and Norv Turner. The remedy will be wins, as it always has been.

Fortunately a trip to sunny Cleveland is on the docket this week and the Browns have a few problems of their own. Most notably they lost to Indianapolis on Sunday; a game they should have won. Most in Cleveland blame head coach Pat Shurmur who also benched rookie running back and first-round pick Trent Richardson because of an "effectiveness" issue. Richardson also has a rib injury which may have contributed to it. But Shurmur is not the most popular man in Cleveland right now, to say the least.

1-6 Cleveland under rookie quarterback Brandon Weeden and Richardson does not have much of a run or passing game. Also during a recent ownership transition key personnel have been reassigned or let go including team architect Mike Holmgren.

San Diego fans have wondered for many years when that same type of massive restructuring might take place. When just so-so or mediocre or "just good enough" won't be good enough anymore and the rebuilding process starts a fresh. A process which will result in the removal of general manager A.J. Smith and Turner.

Stickygate might just be the impetus for such a move.

well said.. alls i can say is we always start out slow.... hopefully thats the last of the early season woahs and will forget about all this come playoffs!!