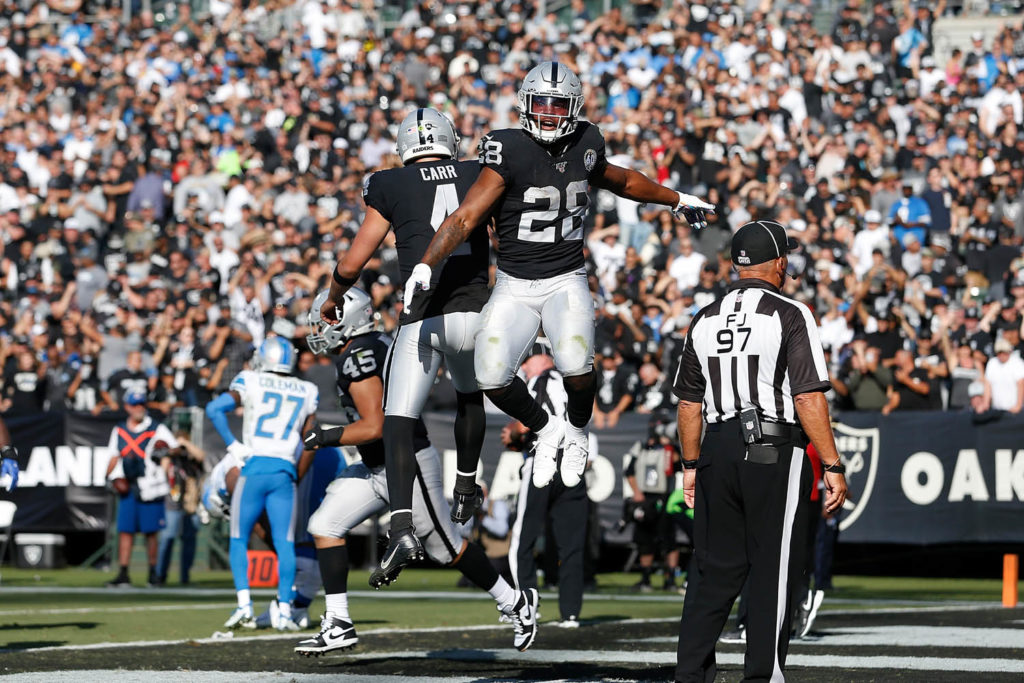 Raiders roster analysis: The need for speed on offense...

The Raiders beefed up their wide receiver corps in the draft and added depth at tight end during free agency, among other improvements.

They seemed to draft for speed.
I have been impressed with Maycock's picks so far.
Reactions: SDRay

Raiders, more by design than the Chuggers lost in LaLA Land.....(if they ever get going)......
won't be a Oakland Raider type home game....I'll wager the majority of tickets are owned by casinos and vendors and will be guests, buyers of the visiting team. I'll go with a 50-50% split in the crowd.
The Days of the Oakland Black Raiders.....is over. It's now a Vegas team. The hockey team is called the Golden Knights. Not the Joe Gamblers. Can't wait till a Raider gets suspended and the organization apologizes. The Last Pirate is hung.
C

Who gives a flying fuck?

It's funny, one of our loyal Chargers backers from Vegas who shall go unnamed bought season tix (PSL, whatever) for the Rayders with the express purpose of making his money back by selling those seats to Rayder fans. They will be willing to pay him a pretty penny, since they are really good seats. I do agree somewhat that the crowds will not be 98% raiderz as before in Okeland, it will fall more in line with occurs at most stadiums with some parity between hard core fans, opposing fans, and casual fans that have no underlying interest to the contest at hand. Besides, it's supposed to be a really nice stadium, something that Al never had. Vegas is a crossroads town, you get a little of every type of NFL fan there. Hell, I remember going to Michael's Pub (miss you, Las Vegas Rick) when it was a Chargers bar and getting lit alongside fellow Bolts fans and Bolt Pride members.

cocasts said:
Who gives a flying fuck?
Click to expand...

Maybe you did not see the thread title. This thread is about the Raiders, please keep on topic....

Fuck you dean.
Reactions: ThunderHorse17, Fender57, SDRay and 1 other person

Five players to cheer for as they start their NFL careers

Rhett Lewis highlights five players to root for as they start their respective NFL careers, providing insight on their backgrounds, unique journeys and what makes them worthy of fanfare at the next level.

"He's not afraid to go make a play," Raiders GM Mike Mayock said about Amik Robertson during a post-draft press conference Saturday evening. Robertson is indeed fearless in his pursuit of game-changing, momentum-snatching plays. His 14 interceptions and 23 tackles for loss during his three seasons at Louisiana Tech speak to the bravado of his playmaking ability.

But make no mistake, he's been told. Robertson's fourth-round draft selection was the league issuing him another reminder of his size, but Robertson is undaunted by his 5-foot-8 frame. Opponents overlook him because of it, but at their own peril, because Amik has a knack for making his presence felt. Whether it's in run support or separating a receiver from the ball -- evidenced in his performance in the Bulldogs' win over Southern Miss last October, a game that I called from the booth and which was aired on NFL Network -- multiple running backs and wide receivers around Conference USA can attest to Robertson's tenacity.

When I asked Holtz to describe Robertson, he said, "Loyal, driven, determined -- Amik is on a mission." Part of that mission is his determination to rise above adversity in his life that could have easily brought him down. His father was in prison for the early part of his life, and Robertson had a son, Ayden Miguel, when he was just 15 years old. Ahead of a game against Grambling State last September, he told me that on the day his son was born, holding him for the first time, he made a promise to Ayden: The challenges I've faced will not be the challenges of your childhood.

I'll make my own promise: Amik Robertson will be a fan favorite of Raider Nation.

Concudan said:
Maybe you did not see the thread title. This thread is about the Raiders, please keep on topic....
Click to expand...

Okay, Raiders say about the Chuggers, “What the fuck? Win something you candy butts.”
Reactions: SDRay

Concudan said:
They seemed to draft for speed.
I have been impressed with Maycock's picks so far.
Click to expand...

Ruggs has the highest upside of all WR's in the draft as well as the lowest drop rate of 3.6%. Plus he's the fastest player of the entire draft. Offense is fully loaded and Carr has everything he needs to succeed. No more excuses.
Q

SDRay said:
Ruggs has the highest upside of all WR's in the draft as well as the lowest drop rate of 3.6%. Plus he's the fastest player of the entire draft. Offense is fully loaded and Carr has everything he needs to succeed. No more excuses.
Click to expand...

The Raiders picked the fastest player? Al would be proud.
Reactions: Concudan 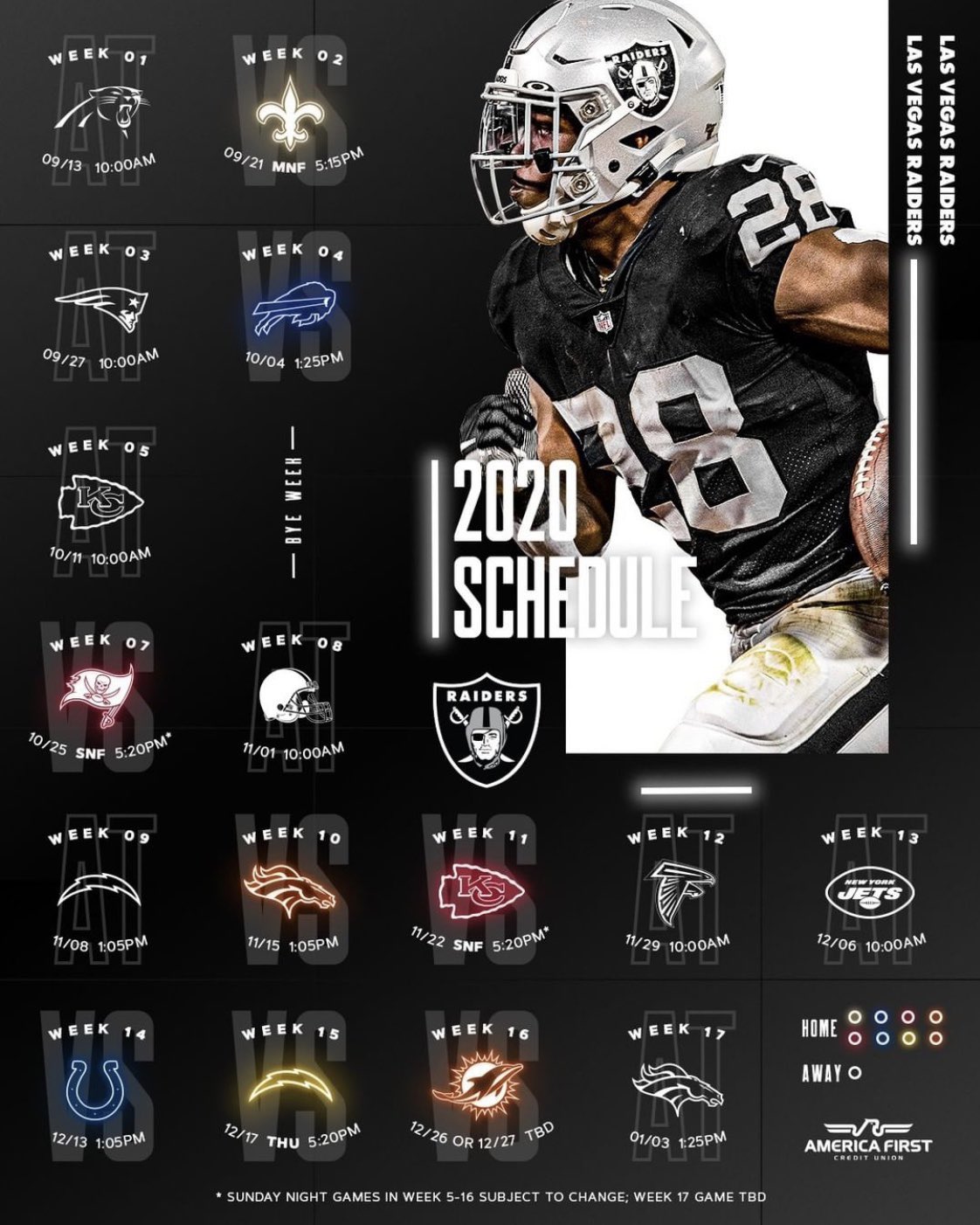 Week 8...when did the Browns start wearing white helmets?

The Rayders of old are dead. They were great. They're now a another show on the strip.
Tickets $1,078 each. I think the Black and Latino fans of old will be watching at home.
I think your “stadium” audience will have a Black Hole of tourists and
White heavy set guys with young babes. 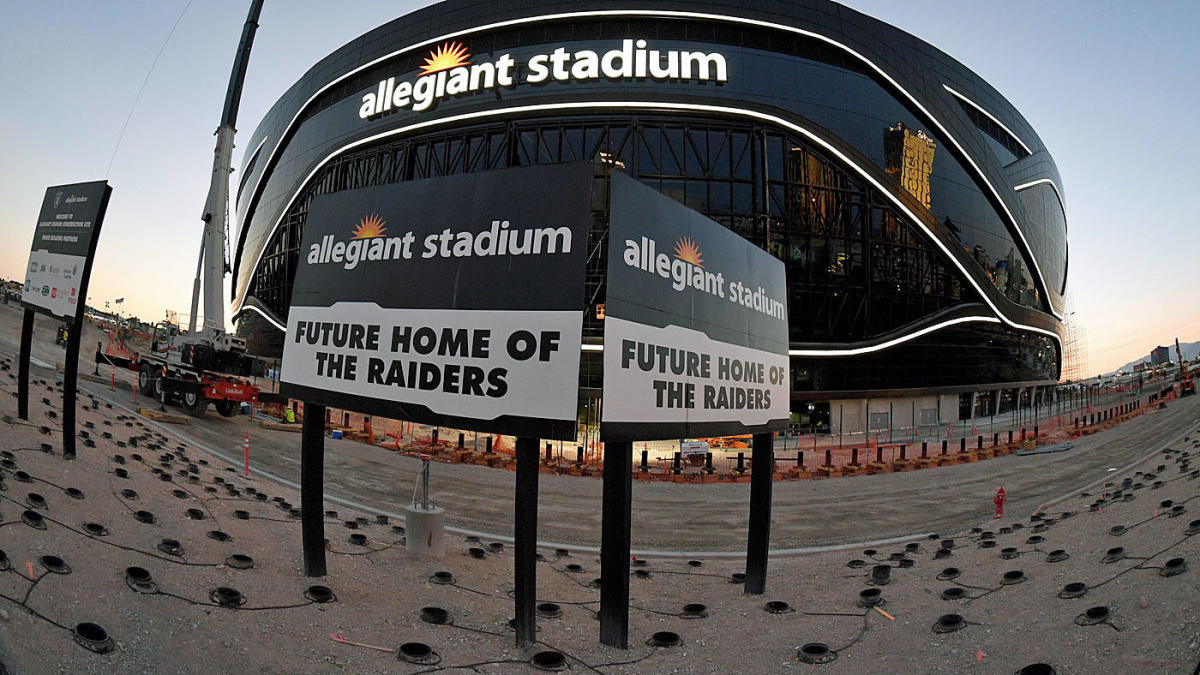 Hundreds of people had the same joke

Hundreds of people had the same joke