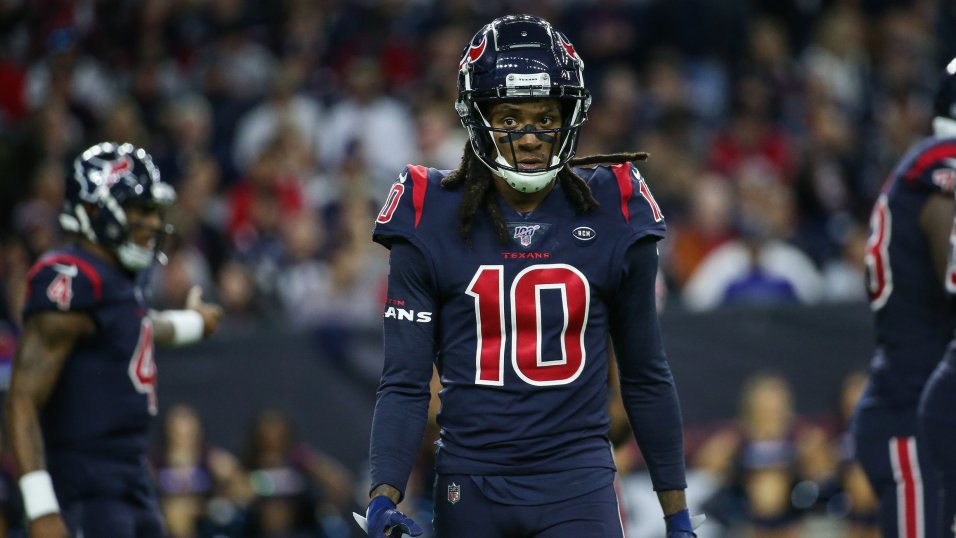 Using the machine learning capabilities of AWS, the PFF Improvement Index quantifies how much value NFL teams are adding or losing during NFL free agency. This page will track the movement according to each day’s transactions, with notes on each team’s affected position groups.

Over the past several months, PFF has used the machine learning capabilities of AWS to develop a measure to quantify the value gained and lost by each team in the offseason — we’re calling it the Improvement Index. The index built on the rigorously researched PFF wins above replacement metric, which translates player values into intuitive, concrete and position-agnostic currency of wins. The index is roughly the percent gain (or loss) in WAR for each team during the offseason, beginning with the first player cuts in early February.
You can learn more about the specifics of PFF WAR in the link above, but it’s most important to know that it’s based on our player-level grades, as PFF grades every player on every play. This wealth of data allowed our research and development team to build a model to simulate the season with and without players based on their grade levels and projected usage in different facets of the game, e.g. passing, rushing, receiving, pass blocking, pass rush, coverage, etc.

The model behind the Improvement Index projects the numbers of snaps and grades per snap for each player in every facet. These models were trained on years of historical data, going back to 2006 for PFF grades and WAR. The model incorporates player- and team-level assumptions based on each player’s prior performance, team coaching tendencies, forecasted opponents, and championship odds. These features help the model estimate the likely allocation of snaps among each position group and the likely grades per snap for each player based on that usage and historical trends.
Each day, the Improvement Index plot below will be updated, along with short blurbs on the most recent transactions that give some color around their impact in terms of WAR for the teams involved and the changes in usage for the specific position groups players are leaving or joining.
Here is the movement in the index, generated by the confirmed transactions, through 3 p.m. Friday, March 20.
[Editor's Note: All EDGE and ELITE subscribers have full access to our free agency database, including rankings, grades, PFF WAR, contract projections and more! Subscribe today!] 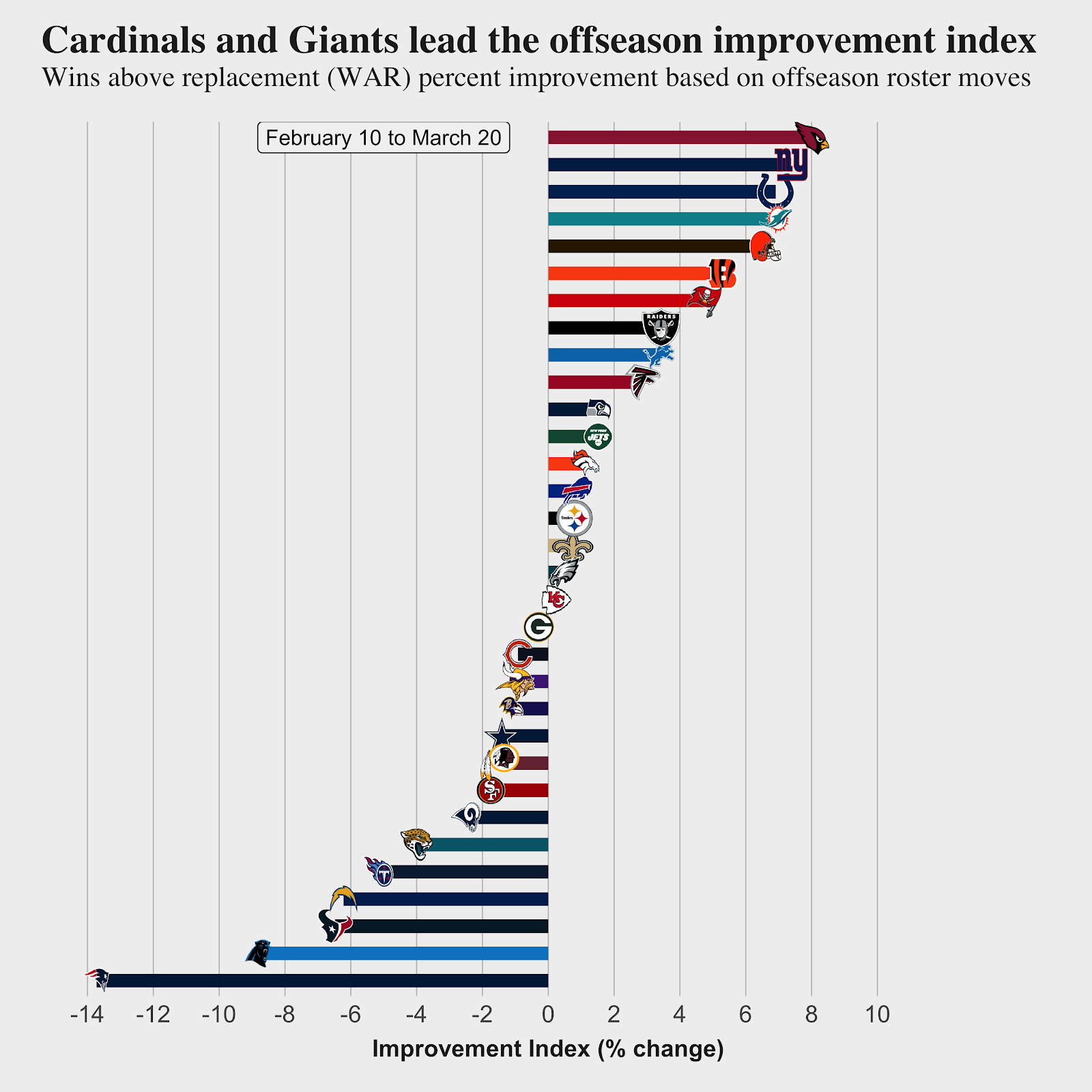