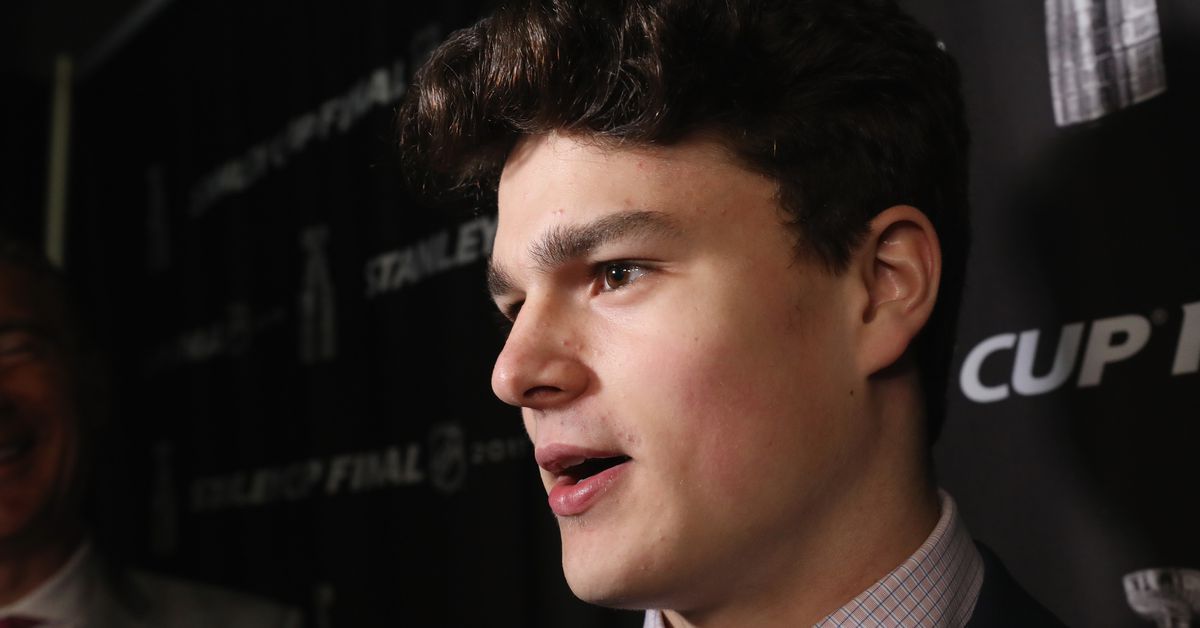 The 2019 NHL Draft has finally arrived. We’ll get round one started tomorrow in Vancouver and rounds two through seven will take place on Saturday. The Buffalo Sabres go into tomorrow with two picks in the first round at seventh and 31st overall.

Do they make both picks or trade one? Is this the year Jason Botterill finally picks a Canadian-junior player?

This will of course be my final first round mock draft of the season and this is also the only version that include projected trades.

Here’s where the fun begins. Although it feels like Turcotte is becoming the unquestioned pick here at third overall, the Blackhawks could look at other forwards like Trevor Zegras and Dylan Cozens.

This still just makes a lot of sense for the Avalanche. Dach is a big and skilled center the fits a need.

It feels like the pick here is going to be either Cozens or Bowen Byram if the board falls the way I’m projecting in the top-four. The Kings have so many needs, but a player with Cozens raw skill at center may be too hard to pass up.

Here’s your first change from my last mock draft and also the first time I’m having Zegras go to another team besides the Sabres. There seems to be a lot of chatter that Steve Yzerman is high on the player and would be their pick if he’s still on the board.

Unfortunately for the Sabres, if the board falls this way all the centers are gone outside of Peyton Krebs. The Canucks have been reportedly looking to move up and the belief is they’re targeting Byram that played his junior hockey in Vancouver.

The Sabres fall back three spots and pick up another third-round pick in the process.

I really can’t get away from the fact that Broberg feels like a perfect fit for the Oilers. His skating ability is off the charts and if they show some patience they may have a great defenseman to build around a few years down the road.

With Corey Perry moving on, the Ducks could see Boldy as his replacement in the future.

The Sabres drop a few spots here and get great value in grabbing scoring winger, Caufield. The preference would likely have been to select a center, but with the big names off the board, this isn’t a bad consolation prize. Caufield will be an exciting player to watch in development camp and next season at the University of Wisconsin.

The torn Achilles will probably drop Krebs out of the top 10, but he shouldn’t fall too far down the board.

Part of me thinks that Podkolzin will fall out of the top 15. The Wild may be willing to take a chance on the Russian forward due to their experience with Kirill Kaprizov. On the flip side, their history with Kaprizov could also scare them off from selecting Podkolzin, so we’ll see.

Panthers would get a nice defensive prospect for their system that may not be far away from beginning ready to start his pro career.

Kaliyev is starting to make a late run up draft boards. His scoring potential is legitimate.

Soderstrom is another one of those next-generation defenders that are exceptional skaters. He has a great IQ and good at both ends of the ice. The Canadiens could use some infusion on their blue line in their prospect pool.

The Senators move up and grab Newhook that is sliding down the board. The Avalanche pick up a fourth-round pick that they didn’t have this year to drop down a few spots.

Since Newhook is off the board the Golden Knights take the next best center available in Suzuki.

Corey Pronmon of The Athletic had in his mock draft the Stars are high on Soderstrom and Lavoie. So, with Soderstrom off the board, Lavoie is the pick here.

The Avs get their goalie of the future.

The Jets traded this pick for Kevin Hayes and then re-acquired it this week as part of the Jacob Trouba deal. They use this pick to select a future replacement for Trouba in York.

The Penguins traded one Finnish defender earlier this week and select another here at 21.

Kings grabbed a forward earlier and with their second first-round pick add to their defense.

The Islanders get some more depth down the middle with this pick.

Brink is another undersized scoring forward that will go in the first round this year. He’s a scorer that the Predators could desperately use in their prosect pool.

Pelletier could go higher than this or fall out of the first round all together. He’s one of those players that could have a wide range for his landing spot.

The Flames and Wild had a deal done surrounding Zucker at the trade deadline that fell through. They get back together again to finalize a deal that included the main pieces from that failed deadline deal.

There’s been a lot of smoke that has been connecting the Sabres and Lightning since the trade deadline about Ristolainen. The smoke turns into fire here and the two sides complete the deal.

The Sabres take on a camp dump in Callahan, a top six forward in Miller, and get to move up a few spots to select skilled forward Hoglander.

The owner wants a fun forward.

Anaheim grabs puck-carrying defenseman, Johnson to finish off the Brandon Montour deal with the Sabres.

Bruins add to their depth on blue line with the Finnish defender Thomson.

The Lightning end round one by selecting skilled Russian winger Dorofeyev.