Bad guys lose. I still take enjoyment in that.

Gill Man said:
that is looking debatable.lolz. they FIND ways to lose.
Click to expand...

Dolphins clocking in at 5.3 points per game. I mean, could the Charger lose to that? Could they?

Bad guys lose. I still take enjoyment in that.
Click to expand...

Ice Cube still dissing the Chargers: 'They just need to get the hell out of L.A.'

The Raiders’ No. 1 fan really doesn’t like having the potentially successful Chargers living in his back yard.

Well this oughta really help the PSL sales along.....Stan and the NFL getting even MORE ticked at deanis.

Harryo the K said:
Dolphins clocking in at 5.3 points per game. I mean, could the Charger lose to that? Could they?
Click to expand...

yes they could, if they go in the tank. I think the new coach smell is officially starting to stink.

There is no way in hell the Chargers should lose to Miami. No. Way. In. Hell.

Concudan said:
Peace all, enjoy your 'L' celebration. I am sure I will get to enjoy a few more Ws this season... But then again I might be a bit optimistic...
Click to expand...

you got the Dolphins and Broncos in succession,,,,,,gotta be 3-2 after that and on to the SB as Walt said . Chin up.

Fender57 said:
There is no way in hell the Chargers should lose to Miami. No. Way. In. Hell.
Click to expand...

the operative word being SHOULD lolz.
Reactions: Fender57
C

Concudan said:
I thought that this morning when I saw Arrowhead and it was bleeding red. The games I was at even at the Q were rarely that dominant by home colors. I thought maybe it is due some to them being the only thing in town... But the west coast has rarely been as rabid sports fans as the midwest and east coast. Dont know why...
Click to expand...

Wherever these Valkyries drop me...

Fun fact: Some here were probably surprised to see Snoop...

but I remembered him rocking an Alworth jersey in a vid he did in Rio in early '03
The Wikipedia write-up for the video even mentioned:
"Snoop Dogg wears a Lance Alworth jersey number 19."
(to be fair, he wore a Chiefs jersey in that vid, too...
but still, as a hard core Alworth fan, it caught my eye, and stuck in my head...)
Last edited: Sep 22, 2019

Niners also not bad. It's a SoCal thing and LA is worse than SD. Actually dean had a good thing in SD if he'd been a better owner and fielded a competitive team and as I've said many times, if John Butler hadn't passed when he did and aj smith wasn't put into the position of GM which he was not really suited for, and IF John Bulter had been given control of things without the nepotists interfering,,,,,they'd have had a ring and the city and their stadium. But they decided to do stupid things like make aj smith GM and norb turner HC and mcnorb HC. Just silly. They got what they deserved. Now hopefully Kroenke kicks their asses out of the stadium there and karma will have been fully served.
Q

but I remembered him rocking an Alworth jersey in a vid he did in Rio in early '03
The Wikipedia write-up for the video even mentioned:
"Snoop Dogg wears a Lance Alworth jersey number 19."
(to be fair, he wore a Chiefs jersey in that vid, too...
but still, as a hard core Alworth fan, it caught my eye, and stuck in my head...)
Click to expand...

Snoop Dog associates himself with another dude named after a beloved cartoon character.

View from the King's balcony!

Another loss to crap teams. Loving this L.A.????
Reactions: Fender57 and Gill Man

Houston won 11 games last year and their Division. Not LAC greatness but close.

Harryo the K said:
Houston won 11 games last year and their Division. Not LAC greatness but close.
Click to expand...

The best thing about this loss is that they lost to the guy they could have replaced motormouth with.
Reactions: Fender57 and Gill Man

Old School sighting! Welcome back, you are getting really professional at drive-by's

Harryo the K said:
Houston won 11 games last year and their Division. Not LAC greatness but close.
Click to expand...

yeah but a crap division right? pluse Bill O'brien has to be one of the worst coaches around.....I mean he literally does stuff to lose games. He called timeouts that actually helped the bolts today.....one in particular just before the 2 min. timeout. WTF was that????? I fully expected the Texans to fold up and lose that down the stretch but luckily the Spaz took over things in the clutch lolz.

Wherever these Valkyries drop me...

While I wouldn't go so far as to call the Lions or Texans "crap teams," they aren't strong teams.

This does not bode well for those who placed big Super Bowl bets on the LAC,
when the likes of ESPN ranked them as the 6th best team, going into the season. 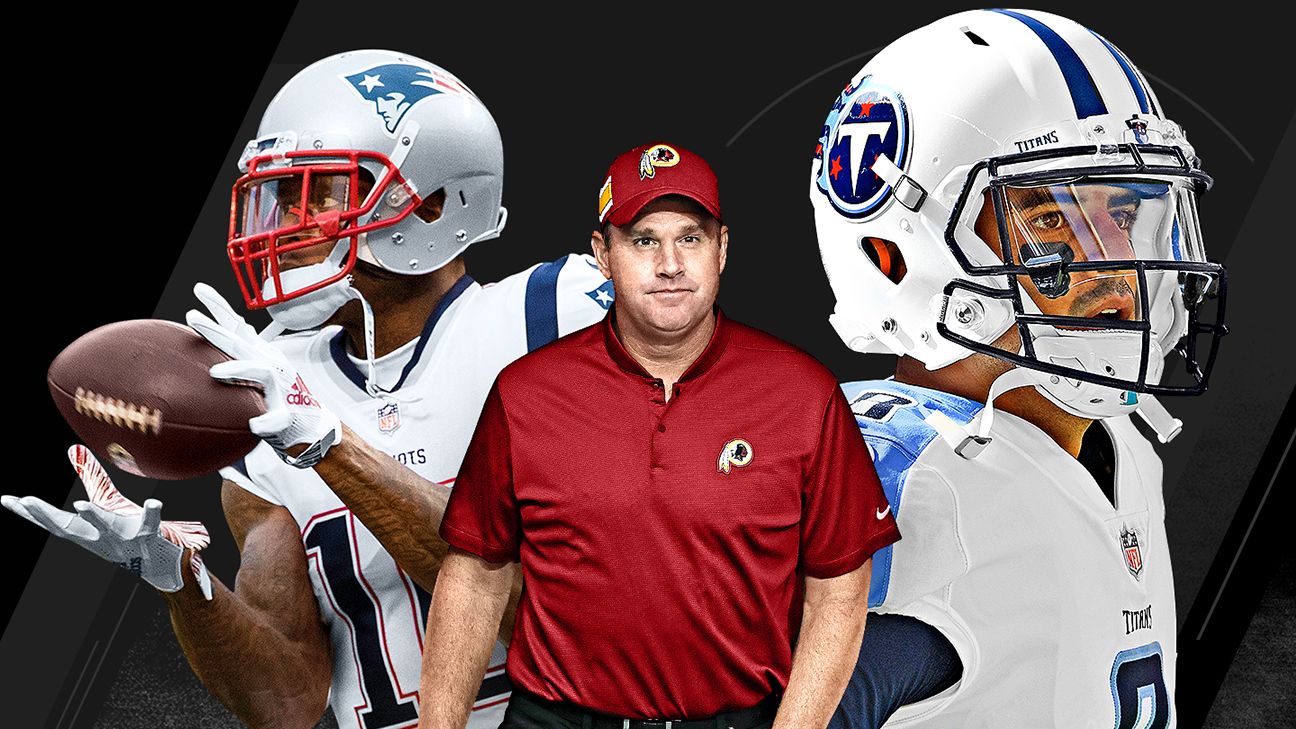 NFL Preseason Power Rankings: Who's on the hot seat entering 2019?

Whose job is on the line this season? Here's how we project the NFL's best and worst teams, from 1-32.

So happy for the 5 charger fans who showed up today.
Reactions: Fender57, Quetzalcoatl and Gill Man

For 40 fking years I watched the nfl media arm ignore the Chargers existence in SD, now those punk azz bitches In the media have them showing up in most nfl sponsored commercials.

Had a great day watching my new team beat them at the soccer field. Looked like a lot of Texans fans there.

LOL, I take back what I said about Snoop. Snoop celebrating with the Texans!

TTK said:
LOL, I take back what I said about Snoop. Snoop celebrating with the Texans!

Concudan said:
^^^ Notice how your post is in quotes^^^

They did not low ball Bosa. That is an ignorant statement. 1) the NFL has a structured rookie contract pay scale, teams cant low ball rookie contracts. 2) the hold up with Bosa was him mums and dah wanted contract language that no other team offers. Check the facts, I know it does not have the same ring as what you are shoveling, but you will be able to move past that I am sure.

Who is arguing they are one of the top owners? That is possibly more ignorant than your Bosa comment. He is disliked by the other owners and based on some of what has been reported, most owners didn't want him to move.

Your assumption that Rivers wont get extended is premature. You could be right in time, but as of right now, you are wishful hating again.

So far, they are not struggling to replace his productivity... Ekeler is doing well and Jackson leads the league in yards per carry. MG25 is shooting himself in the foot. If he wants out of LA regardless of all, this makes sense. If not and he wants to be a Charger, he is playing a bad hand with a 2 high.
Click to expand...

Disclaimer, i am in no way stating that Gordon is sitting on quad ducks here...

Concudan said:
Maybe that can be a new thing. NFL forces bad owners to play in soccer stadiums.
Click to expand...

That means the Redskins will be on their way to Audi Field...that will ease their move back into the District...
Reactions: Concudan and Gill Man